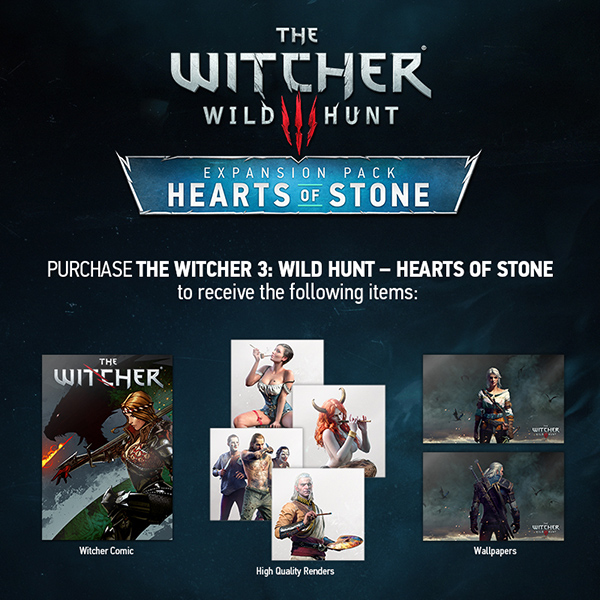 Hearts of Stone is the first official expansion pack for The Witcher 3: Wild Hunt — an award-winning role-playing game set in a vast fantasy open world.

Step again into the shoes of Geralt of Rivia, a professional monster slayer, this time hired to defeat a ruthless bandit captain, Olgierd von Everec — a man who possesses the power of immortality. This expansion to “The Witcher 3: Wild Hunt” packs over 10 hours of new adventures, introducing new characters, powerful monsters, unique romance and a brand new storyline shaped by your choices.

SOME MONSTERS ARE BORN, OTHERS ARE MADE

CONTINUE THE JOURNEY OF A PROFESSIONAL MONSTER SLAYER

Hired by the Merchant of Mirrors, Geralt is tasked with overcoming Olgierd von Everec — a ruthless bandit captain enchanted with the power of immortality.